Bluebirds, not to be mistaken for blue birds, belong to the thrush family of birds and can be found throughout North America. There are three species of bluebird—the Eastern, Western, and Mountain. 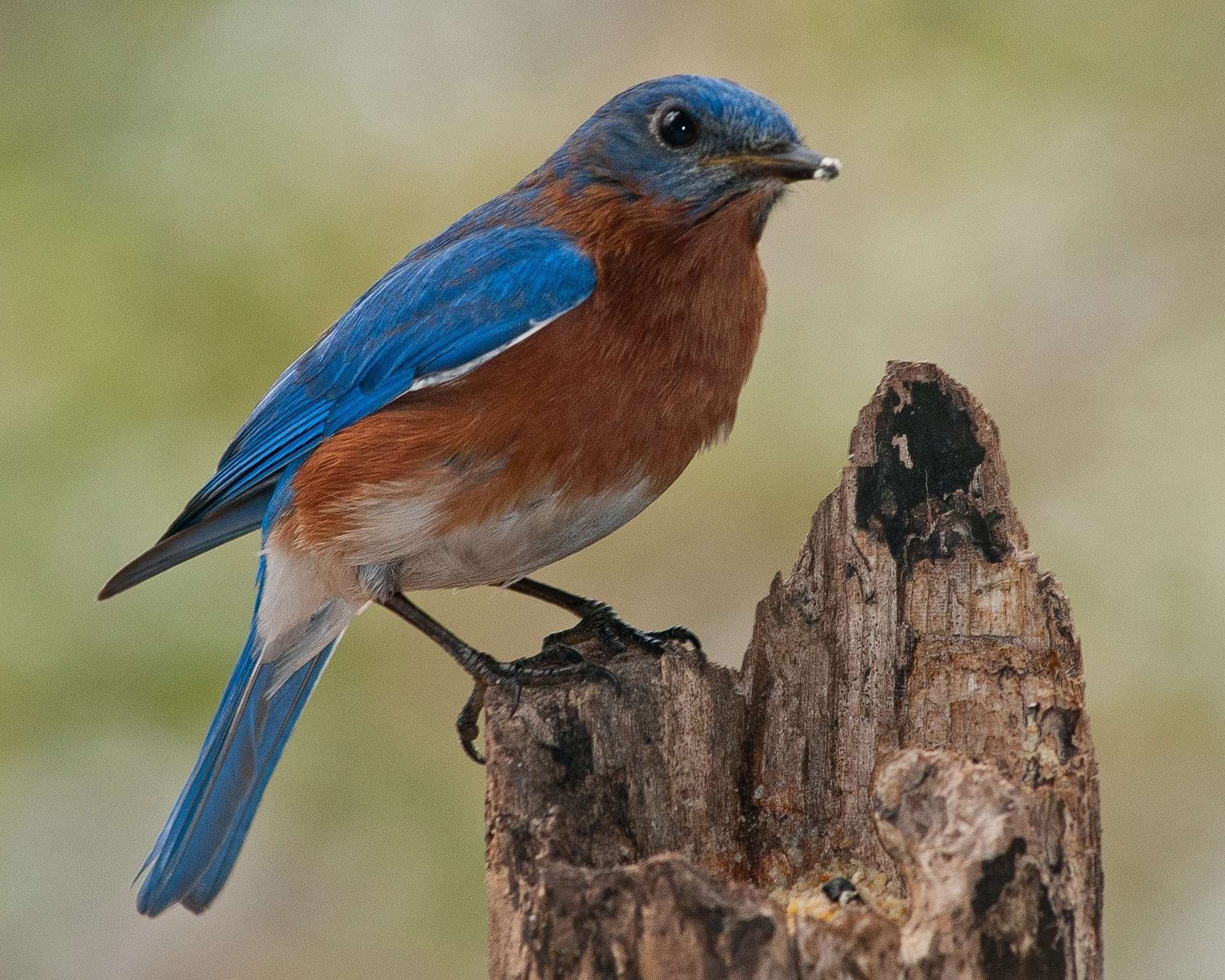 Bluebirds differ in appearance based on their gender and the region in which they live.

Where can the Bluebird be found?

The Eastern Bluebird can be found in southeastern Canada and throughout the eastern United States.

The Western Bluebird can be found along the western side of the United States.

The Mountain Bluebird can be found across the western and central regions of North America and overlaps that of the other two species.

Where does the Bluebird nest?

Because Bluebirds cannot excavate their own holes, they have to seek them out. Bluebirds nest in natural holes, also known as cavities. These cavities can be holes in trees left behind from a Woodpecker, holes in clay banks, or manmade cavities such as hollowed out gourds or wooden nesting boxes.

What does the Bluebird eat?

The Bluebird’s diet consists mainly of insects—crickets, mealworms, grasshoppers, butterflies, bees, ants and even spiders. During the cold winter months, the Bluebird may incorporate fruit and berries.