These birds of prey are some of the largest and can soar up to heights of over 10,000 feet. There are over 60 species of Eagle, but only 2 are found in the United States–the Bald Eagle and the Golden Eagle. Let’s look more closely at the Bald Eagle. 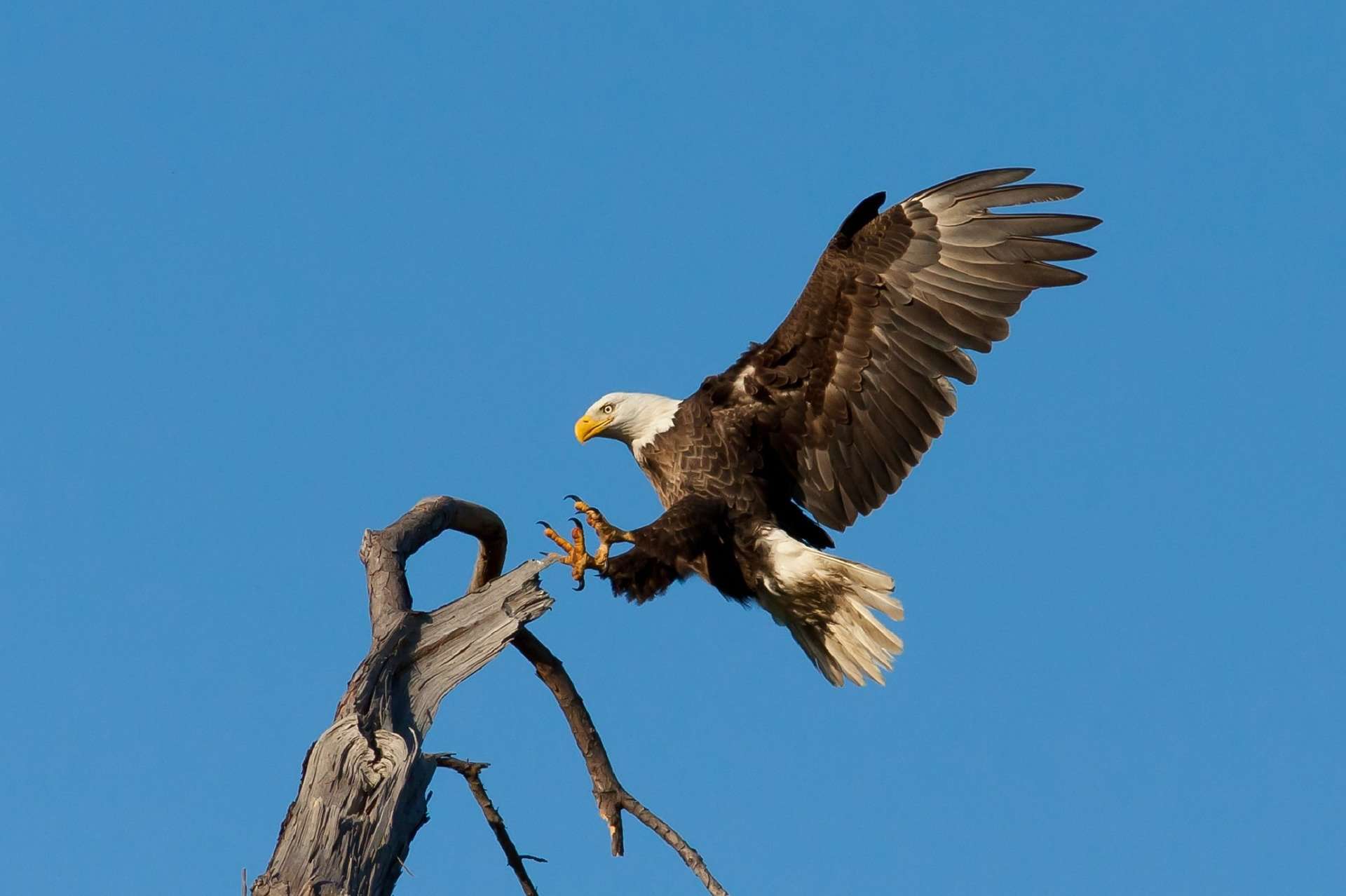 The Bald Eagle is a large, heavy bird. It is mostly brown with a white (not bald) head, a yellow, hooked beak and large talons. The wingspan of an Eagle can range between 5.5 feet to almost 8 feet in length. A typical male Eagle weighs approximately 9 lbs., whereas, females average higher at approximately 12 lbs.

Where can the Bald Eagle be found?

Bald Eagles live mainly in or near wetland areas–marshes, lakes, rivers, and the coast. They can be found in every state (excluding Hawaii), in Northern Canada, and as far south as the Mexican border.

Where does the Bald Eagle nest?

It is no surprise that a big bird would build big nests! The Bald Eagle builds its nest from sticks and generally high up in a tree near the trunk, on the side of a rocky cliff, or on the ground. Both male and female will take part in the construction of the nest. Eagle nests will commonly be reused year after year and even added to.

What does the Bald Eagle eat?

The Eagle’s diet consists mainly of fish, but they will eat what is readily available. The diet of an Eagle can include other birds, reptiles, amphibians and even small mammals. Eagles prefer to take their prey alive and are known opportunists; taking prey, when possible, from other animals.